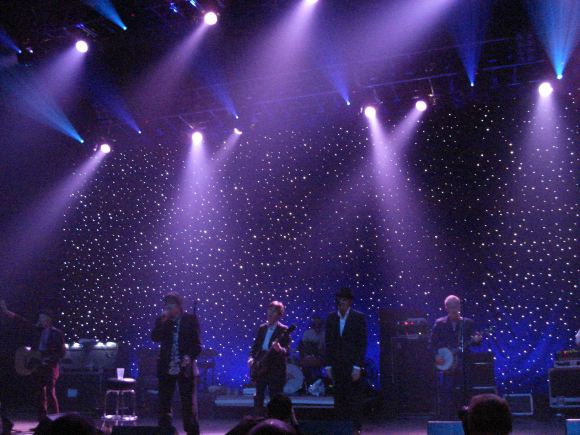 Sometimes people talk about that Blowin’ Your Mind moment. Brian Wilson hears “Be My Baby” and he’s so overwhelmed he has to pull his car over to the side of the road. It happens a lot with music. People hear someone like Dylan or Springsteen or Joni Mitchell and they’re just floored. Never heard anything like it, life’ll never be the same again.

I suppose that happened with me and The Pogues.

I’ve written about them before, on the old site, but I won’t bother linking or rehashing that. This is more of a family-friendly site, and some students may be reading it, so we’ll just stay focused on the new entries. But to sum it up, they’re my favorite band of all time. (When it’s not The Beatles, or Wilco, or Belle and Sebastian. Depends on what day you catch me.)

A buddy of mine in high school had their 1989 album Peace and Love, and he just couldn’t get into it. I listened to it in his room and just instantly fell in love, and he gave it to me. Sometime around then I saw them perform on Saturday Night Live, and I just kept thinking, what is this stuff? It’s loud and weird and kind of punk but also sounds kind of like those bluegrass records my mom and grandpa liked. The lead singer looks like a wreck, but he’s singing the most amazing songs.

They were London-Irish, mostly, and mixed traditional Irish tunes with a modern, early-80s punk vibe. They were never wildly popular, at least in my circles, but man did I love them. If anyone ever asks me what started my whole obsession with Irish culture, I always say it started with The Pogues.

So anyway, I bring them up today not to once again prattle on about My Time In Dublin, but to note that Philip Chevron passed away today after a long battle with cancer. He was the guitarist for the band, and the one that kept the flames going in the band, organizing tours, remastering the catalogue, and interacting with fans on their official message board. A gentleman, a lover of the theatre, and a great songwriter in his own right. “Thousands are Sailing” now becomes even more of a misty-eyed song than ever before.