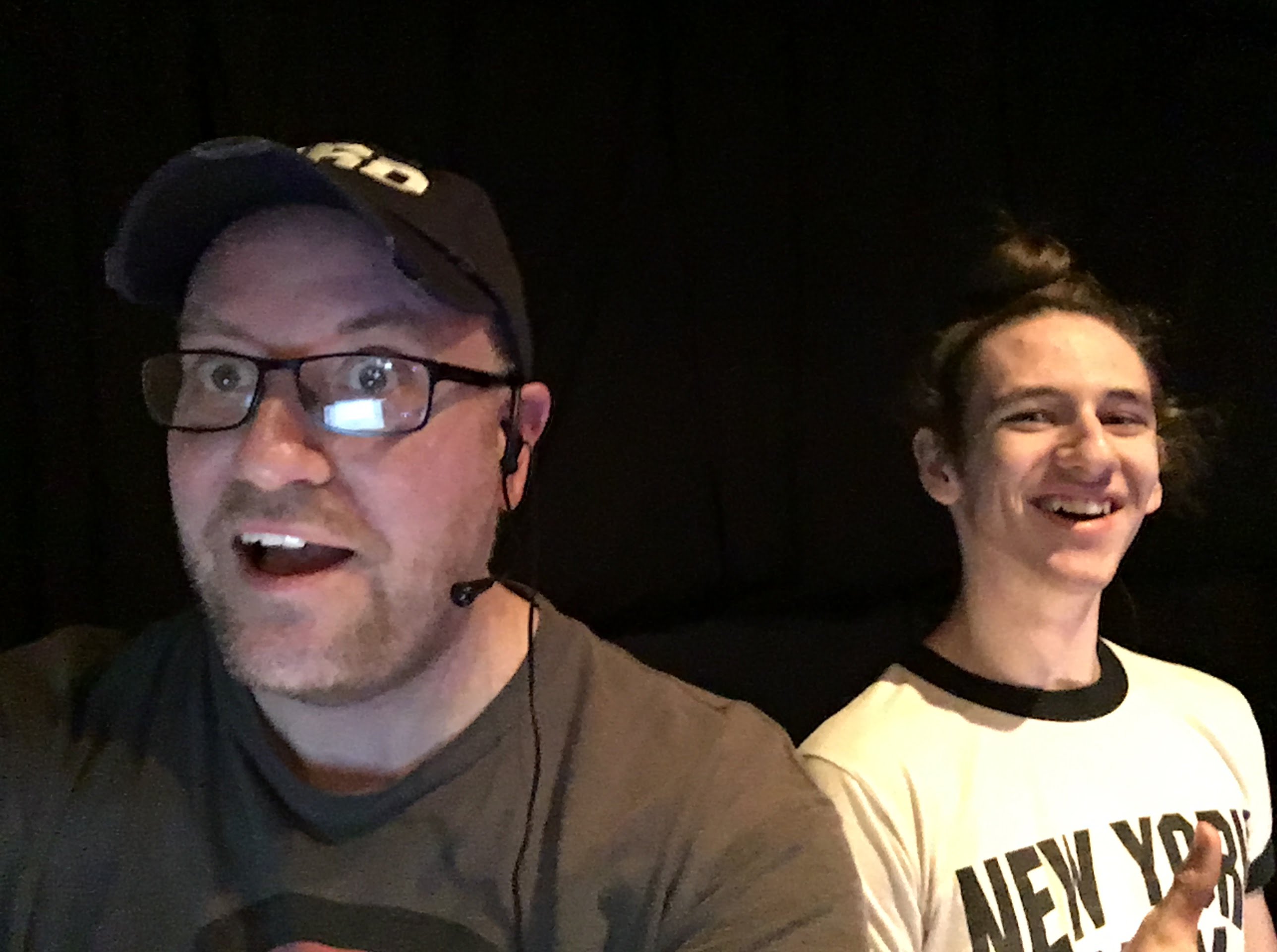 The best part of the quarantine.
Summer 2020. Directed by Brian Fauth.
It’s no secret I love to cook, especially for other people. The girls are really getting into it as well. So for Valentines Day I got official Chef Aprons for the four of us. The Fauth Kitchen is open and ready to serve you.
HarooshLimelightLondonRoad TripsShakespearetravelThe Love You MakeTeachingThe Love You TakeFifth Grade 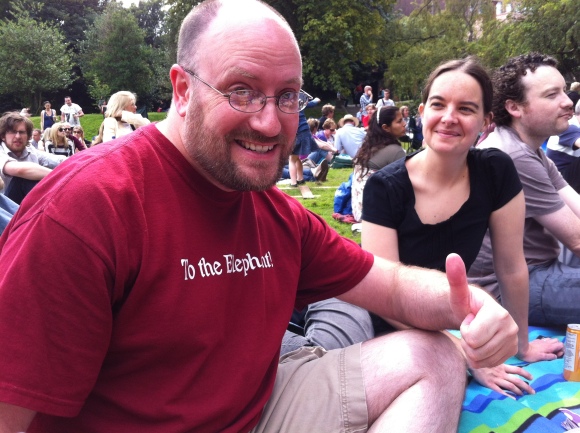 Sitting in Dublin’s Iveagh Gardens, watching The Tempest with a few friends.

It’s fall play season for most high schools, and tonight Oswego East debut’s She Stoops to Conquer, while next week OHS will put on You Can’t Take It with You. I saw the latter done by OHS way back in ’95, but I’ve never seen the former done around here, so fair play to OEHS for choosing something reasonably obscure. Both plays will be featuring many performers that were part of my old acting company, and hopefully I’ll make it to both of them to say hello and show some support. This time of year is always tricky, though, because oftentimes my sister and her family come up for Mom’s birthday. And… it’s harder than one might think to see some of your old gang in plays that aren’t your own. Difficult to explain, but it’s just how it is.

Most likely each group has had a great experience working on their shows, although the last week or so of rehearsals are always very stressful, when everyone wants to quit the show and they’re all sick of each other (and the director), but then the curtain goes up and the show goes on and they take their curtain call under the lights and after the show they scream and hug and get flowers and then that show becomes The Greatest Show They Ever Did. Until the next one, which will then most likely become The New Greatest Show They Ever Did.

I am not directing anything at the moment. I seem to be in a state of semi-retirement from directing theatre, but it’s only temporary. We’ll get into that another time.

Last Friday I wore my show shirt from the last play I did with Limelight, and the kids asked, “What’s ‘To the Elephant! mean?” As you can see above and below, it’s emblazoned onto the front of the shirt for Twelfth Night, the Shakespeare comedy I directed in the summer of 2011 about love, mistaken identity, and the dangers of pomposity. One of the characters, Malvolio, is taken down by a Fool and a couple of drunks for his tendency to chastise others and flaunt his intellect and virtuousness. (Watch The Colbert Report tonight and see Stephen Fry talk about playing Malvolio on Broadway, in the same production I saw eleven years ago in London. Probably my best theatrical experience ever. I’ll tell that story another time as well.)

Anyway, the shirt! The cast and I were trying to decide what to put on the shirt, and that summer most shows were going with famous quotes from the play. With Shakespeare, and theatre in general,  it can be real easy to get real pretentious, and I’m sure I’ve been guilty of that once or twice in my career. We debated various lines from the play, such as “Be not afraid of greatness. Some are born great, some achieve greatness, and others have greatness thrust upon them.” It’s a good line, but it wasn’t my style. Instead, I gravitated towards this exchange:

Sebastian: I’ll be your purse-bearer and leave you for an hour.

Antonio: To the Elephant.

Sebastian: I do remember.

That’s it. It’s just two people talking about where they’re going to meet up, at a pub called The Elephant. I found it kind of ridiculous, and so I decided to put it on the shirt.

What it really was, though, was my farewell message to my company. “To the Elephant!” had become a rallying cry for me, said at the end of rehearsals or before a performance, and it summed up my state of mind at that time. To the Elephant: to new places, to new adventures, and to new ways of thinking. Don’t sit around and do the same thing for the rest of your life, and for pete’s sake, don’t take yourself too seriously. Get out there and see what that big ole goofy world has waiting for you. 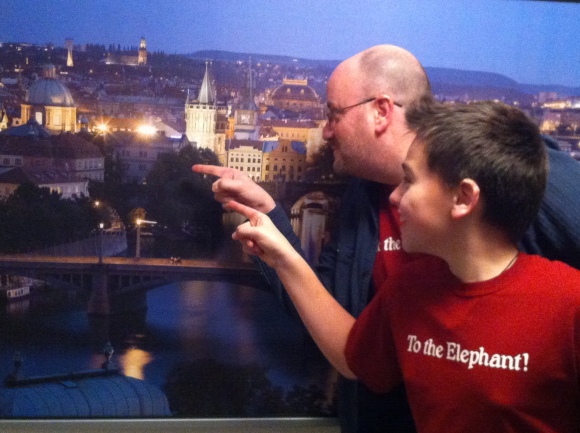 Ian and I (sort of) in Prague.