“When a man is tired of London, he is tired of life; for there is in London all that life can afford.”
— Samuel Johnson

I would slightly disagree with that quote.

I love visiting London, but after a few days I’m always ready to leave for somewhere quieter. It’s crowded and moves at an incredible pace and everywhere you turn there’s something new and brilliant and suddenly there’s St. Paul’s cathedral, which means the Globe and the Tate Modern is just across the Thames, the Thames, and London Bridge is falling down, falling down, but after a while you just want something a bit different. At least I do.

I’ve been trying to stuff myself full of the great cities of Europe this past week or so, not really knowing when I’ll be doing something like this again. I love traveling, and I still enjoy traveling solo, but time and again I know in my heart that I’m growing tired of wandering by myself. I should be sharing this with someone.

And after 10 days of Prague, Munich, Strasbourg, Paris, and London, I wanted somewhere quiet and different than the bustle of major metropolitan areas. And I knew there was just something I had to do, while I was here.

I had to go to Sandwich.

I’m from Sandwich, Illinois. A small town of about 6,000 people past the point where the suburbs of Chicago become the small towns. And for most of my life, I’ve heard every laugh and stupid joke you get when you mention you’re from a town that shares its name with Joey’s favorite food. (See: the greatest Friends episode ever.) We’re apparently named for a town in New Hampshire, which is named for Sandwich, England, where that Earl was too lazy to stop playing cards to eat so he just threw the meat between two slices of bread. Hence the name. 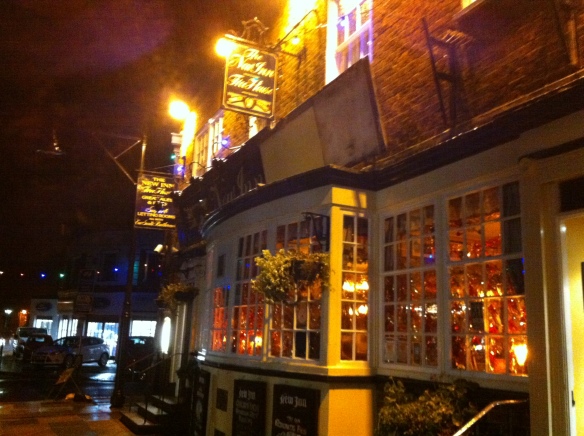 This Sandwich is also a small town of about 6,000 people, on the southeast coast of England near where the Eurostar goes under the English Channel to take you to Paris. It’s full of dark, narrow medieval streets that are slightly spooky at night, but at the same time I feel perfectly safe and welcome here. After arriving, I sat and ate some beef stew in the Inn as the locals started filling in the place. They glanced over at me a few times and eventually struck up a conversation with me. In London they ignore you and push you back into the crowd, but I’m very happy to say that the people of Sandwich are very easygoing and make an effort to include you in their conversation.

One guy told me a story of how he got deported back to England after living in L.A. for five years; I talked to another local about his upcoming second marriage; another couple grabbed a map and showed me different pubs I should visit. After a week of fumbling my way through Czech, German, and French (and the indifference of most Londoners), it’s nice to be in a place that seems happy to have you here.

After a late night reading about the awfulness of the event in Connecticut, I awoke to sunny skies and warm temperatures in London. I checked out of my hotel and dropped off Bill the Pony (which is what I call my large suitcase I’ve been dragging along) at St. Pancras’ luggage check-in for 24 hours. I wandered around Knightsbridge, Belgravia,

and Hyde Park, then said goodbye to the UCD crew in Sloane Square. I had no desire to sit in a cramped, stuffy theatre watching one more “important” play. Too much to see and do, too many people to meet, too many streets to stroll down. Haroosh needs to see the world. 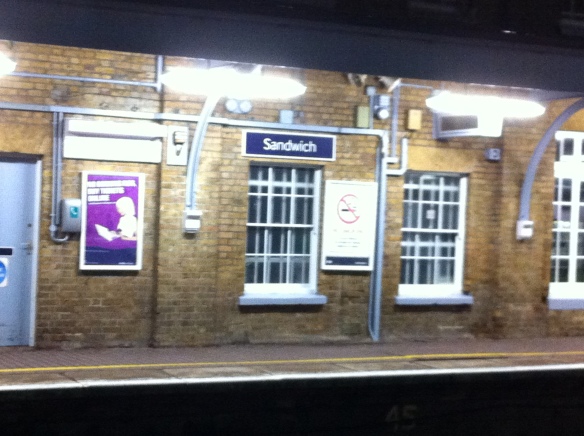