The Queen is Dead.

There’s a new sheriff in town.

Meet the new boss/Same as the old boss.

Out of the frying pan and into the fire.

Those old chestnuts rattle around in my head a lot when I think about the state of things at my workplace. We’ve gone through a period of enormous change over the past year or so, a lot of which I’m still getting used to. From what I hear, last year was the year that everyone freaked out about the lack of direction, when the old bosses left and the new ones were yet to be hired. All policies were put under review, so it became a free-for-all. Everyone just did what they wanted. Some stayed “on model” to the old ways, some experimented, some freaked out.

I started the year trying to stick with what I knew, but I told parents that they should expect changes. And it looks like they’re on their way. When I was first hired, it was the expectation that fifth graders should have at least 45 minutes of homework per night. Now the new bosses are talking about an end to homework. I can’t critique that, because I’ve never been a fan of it, really. Grades used to be about doing whatever it took to make sure that child succeeded as best as they could, even if it meant modifying the assessments to best fit their needs. Now, it’s all about giving a truer (and harsher) portrait of how they’re doing.

I’m happy to hear about some of these changes, but of course I’ve got something sticking in my craw about all of it. I come out of most staff meetings just frustrated and angry, and I think it’s usually down to that feeling of utter powerlessness. I think I’m doing something the right way, and that it’s working for my students, and then suddenly I’m made to feel like I’ve been doing it all wrong. We’re told by the powers that be that It Must Be Done This Way. And we do it like that for a few years. And then New Powers That Be come along, and declaim, “No, That Old Way Was Wrong. THIS Is The Way It Now Must Be Done.” And then they talk about data and spreadsheets and assessment goals and everything becomes so cold and clinical and at that point I tune out and have no idea what I’m supposed to do anymore.

And I know that I don’t speak for everyone, and I know that I can be a prickly pear when it comes to all this. I just don’t think I’m designed for the type of teaching that seems to be coming. I’m too loosey-goosey about being “on model” all the time and haven’t warmed to some of the latest strategies and policies like others have. I tell too many stories and let them play chess more than they really should. I take extra recesses on Friday and can’t be bothered to spend more than five minutes looking at “data,” but by golly I’ll spend an hour drawing cartoons on their six-page Science test just to make it a little more fun. I know that change is good and that there are a lot of excellent new teachers out there doing amazing things; I’ve got one right next door to me. But man, I’m quickly becoming that old guy that didn’t keep up with the latest changes, and pretty soon the new teachers will sigh and shake their heads and wonder why I don’t teach Writing like them.

But my year off kind of solidified certain things in me, which is a lot different than atrophy. There is the simple relationship that a good teacher develops with his students, one based on mutual respect and trust and yes, even love. I’m a conductor and they are my orchestra, and if we’re lucky, we can create a gorgeous symphony from time to time. And the data might show me that I have a student who is struggling in Reading, and now needs to get pulled out of class for several hours per week, but ask that same kid to talk about how he spent last Saturday taking apart an engine with his dad. He probably has more practical knowledge and life skills than any of the kids scoring in the 99th percentile in my class. Kid’ll probably invent a space car or something. 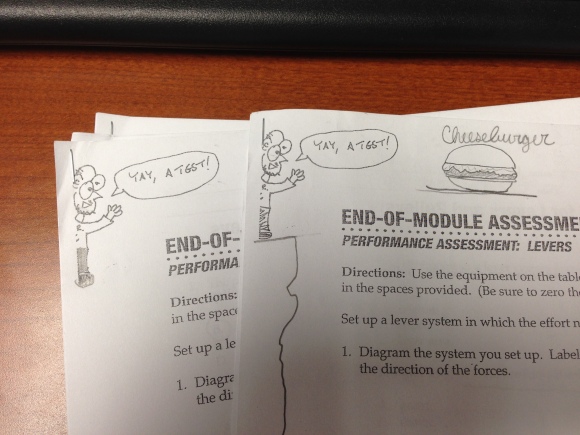 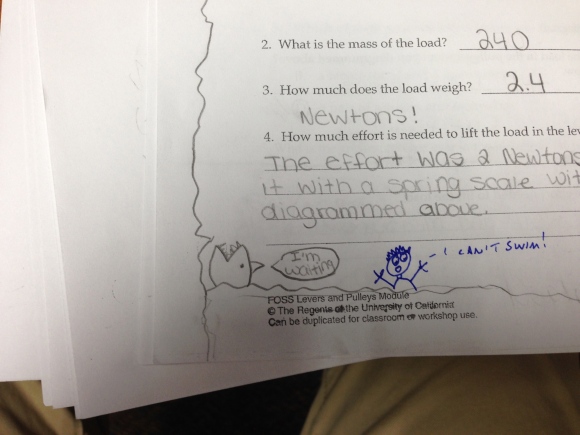 8 responses to The Land of Do-As-You-Please